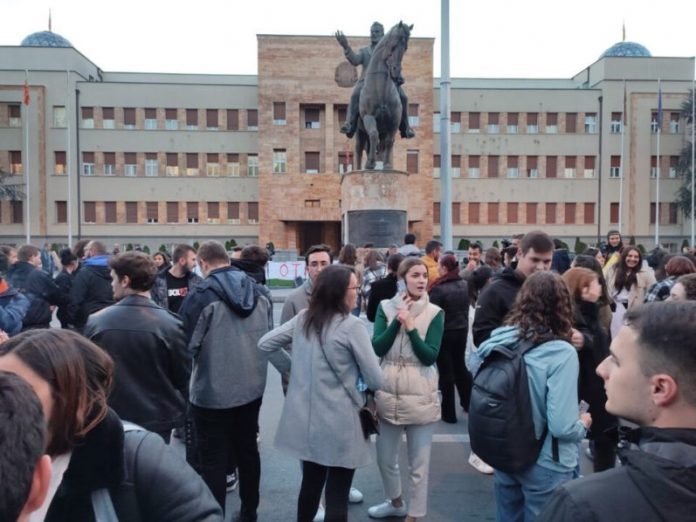 The youth organization “Student Resistance” calls for a mass student march on Thursday starting at 5 p.m. The students are not satisfied with the final outcome and the decisions made at the three-hour meeting in the Parliament between the Prime Minister, the Minister of Education and the representatives of the student assemblies.
They add that as students they stand by their demands for an increase in the amount of the subsidized student meal from 120 denars to 150 denars per day; allocation of funds from the budget to equalize the amount of the scholarships according to the changes from the last increase of the scholarships; funds for renovation and provision of normal conditions for living in student dormitories, a long-term plan for the establishment of “student cities” and a stop to the announced privatization of student dormitories; allocation of sufficient funds to exempt students from the Government’s anti-crisis measures for rationalization and saving electricity.