Home Macedonia Collection of 20 frescoes illegally exported to Albania to be returned after... 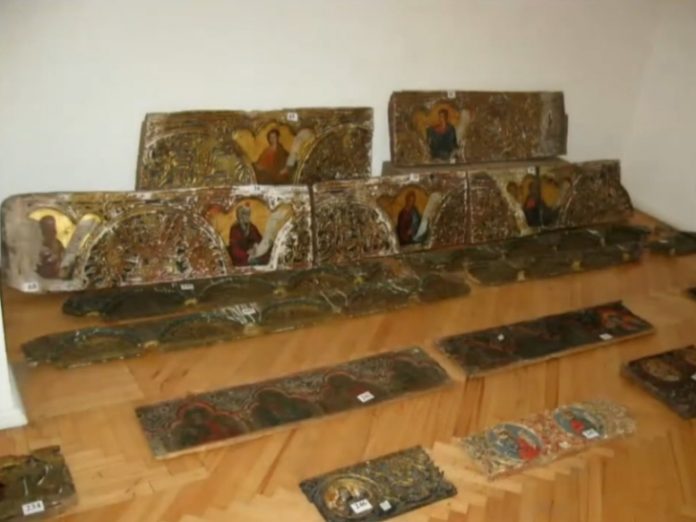 With the Cooperation Agreement between Albania and North Macedonia for the return of illegally exported Orthodox frescoes to the country of origin, which was signed on Monday, 20 frescoes that were illegally exported from the country ten years ago are returned, and the procedure will be finalized after the ratification of the Agreement in both states. The process for the return of other frescoes from Albania that were recently identified is also being opened.
As the Macedonian Minister of Culture Bisera Kostadinovska Stojchevska informed, the procedure was carried out over a period of more than nine years and it involved experts from the Ministry of Culture of North Macedonia, the Administration for the Protection of Cultural Heritage, MANU, National Conservation Center, Institute and Bitola Museum and Ohrid Institute and Museum.