Home Economic If there is cheaper electricity on the market, it is impermissible to... While managing the energy crisis economically, we have to monitor what is happening on the market and if the market has electricity whose market price is lower than the production one, it cannot be allowed to produce it at a higher price. That’s why a temporary electricity import is conducted, Deputy Prime Minister for Economic Affairs Fatmir Bytyqi said Friday.

The minister pointed out that there will be no major problem with electricity and emphasized that all preparations are being made to start production in December with all available domestic capacities. 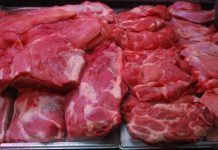