Home Macedonia With the Onishchenko case, the security of Macedonia is violated and the... 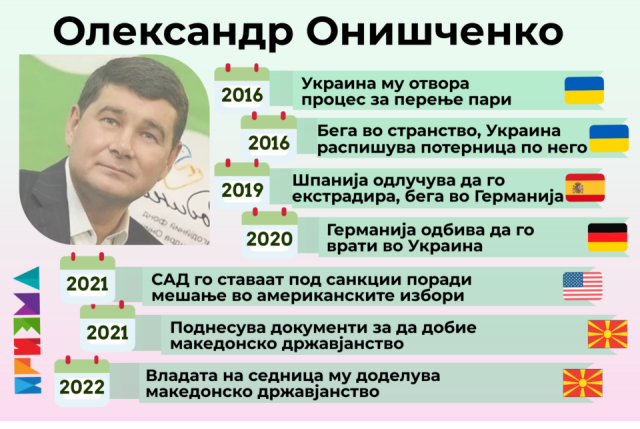 For the Onishchenko case, there should be responsibility at three levels of responsibility, pointed out the vice-president of VMRO-DPMNE, Aleksandar Nikoloski, asked within today’s event at the Hilton Hotel organized by the VMRO-DPMNE MP group and the Swedish foundation, stressing that those three they are new to the director of the National Security Agency, the Minister of Interior and the Prime Minister who allowed such a scandal and damaged Macedonia’s security and international image.

“The first level is the director of the National Security Agency, who should immediately resign and should not even think about going to Paris as an ambassador, because a scandal like this, in addition to his personal image, destroys the image of Macedonia as well,” Nikoloski pointed out.

The opposition official added that the second level of responsibility is the Minister of the Interior, Oliver Spasovski, because the government itself has admitted that the data that will take away Onishchenko’s citizenship is wrongly granted, and the Ministry of the Interior is in charge of correctly taking the data for issuing personal documents such as ID card and passport.

Nikoloski stressed that of course the third level of responsibility is the Prime Minister, because this is a scandal that says two things, first that the image of Macedonia is being destroyed, and second that the security services are not functioning at all.