Home Macedonia General Secretary of the City of Skopje urges Ministry of Interior to... 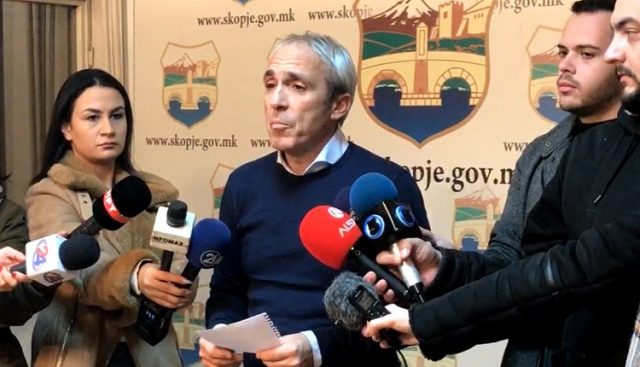 Skopje Mayor Danela Arsovska does not intend to show up in front of the media and the public for three days now, even though the City of Skopje is completely blocked. At Wednesday’s press conference, instead of Arskovska, General Secretary Zoran Gligorov appeared and urged the Ministry of Interior to react and clear up the streets from the buses blocking the traffic flow.

“For the sake of protecting the public interest, we call on the Ministry of Interior to react in accordance with the legal powers, to take measures, because certain private personal interests are harming the City, the citizens, as well as all stakeholders and residents,” said General Secretary Gligorov.

Due to increased obligations, as he said, he invited reporters to ask questions electronically. A violent reaction followed from the reporters present, who asked where Danela Arsovska was now that the city is blocked, Gligorov refused to answer and left the press conference.