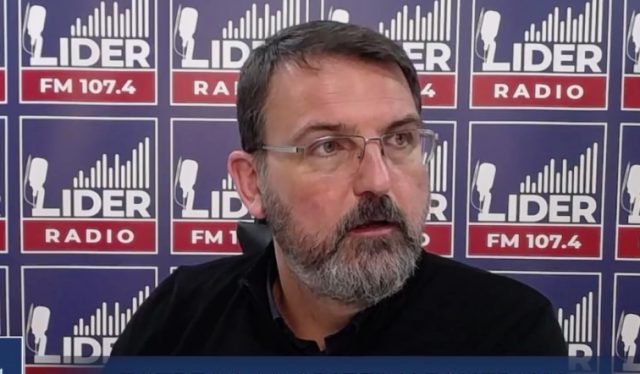 I salute the private bus drivers who have dared and who have shown the courage we need as a nation to create a chaos to point out the mess that plagues us all in our society. Because this is a problem of our society, it is not only the financial debt towards them, but the attitude towards the employees. All this takes me back to the 90s, that dark time of transition. Why? In exactly 48 hours, Arsovska has not answered the questions that I regularly ask from the rostrum about the reason for the debt and the non-payment of it, said spokesperson of VMRO-DPMNE Naum Stoilkovski in an interview with the morning show on Radio Leader.

Stoilkovski added that Arsovska owes about a million and a half euros to the carriers. The carriers have signed a contract with the City to offer and fulfill services. And the City should pay for them.

The opposition spokesperosn pointed out that he blames Danela Arsovska and the City of Skopje for the chaos that is happening these days.

“I also blame the system, which is now at a higher level, here is a representative of it, Risto Penov. How can he say that he will remove the buses by force”, asked Stoilkovski.

“Danela’s team after these secret meetings is SDS, Dragi – Kniga, the secretary of the municipality, the directors of SDS, Kovachevski, DUI, and Levica. That’s exactly Danela’s team around her right now,” Stoilkovski added.