Home Macedonia EU Ambassador Geer: The country will either deal with corruption or it... 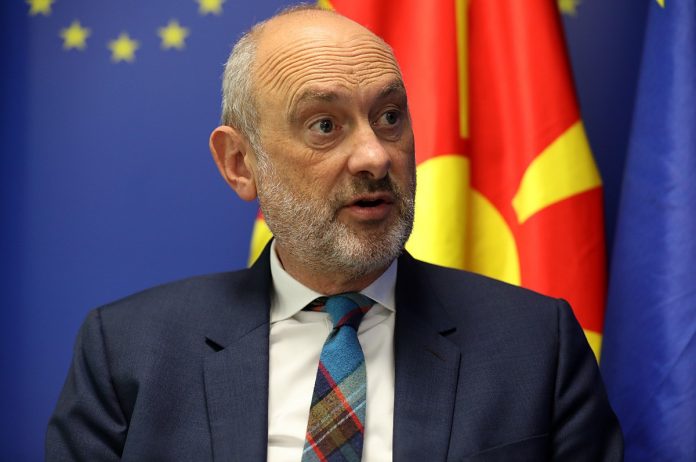 North Macedonia is at a crossroads – it has to choose whether to move forward, and decisively deal with corruption or allow the corrupt schemes take even deeper roots, said the EU ambassador David Geer at a press conference on Saturday before the meeting with the institutions that have competence for dealing with corruption, at which the remarks from the Report on North Macedonia’s progress prepared by the European Commission will be considered.

According to Geer, first and foremost is to fight corruption through state institutions. They, as he says, must act and reduce the room for corruption.

“That means through laws and codes of conduct, that means incentives for the promotion of services and serious sanctions for corrupt behavior. It means implementation. That means, when someone illegally occupies some land and builds, the Prosecutor’s Office must act, and the courts must react quickly, regardless of who that person is and how influential they are, how connected they are,” stressed Geer.