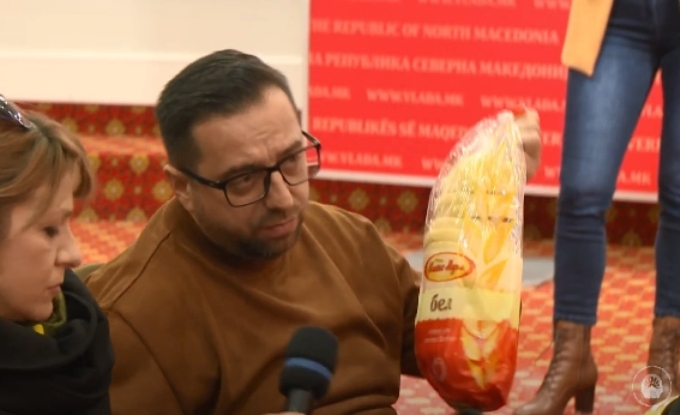 At today’s press conference in the Government, a news reporter gave bread and a fiscal bill to Prime Minister Dimitar Kovachevski.
The reporter said that he bought the bread 10 minutes before the press conference started and pointed out to the prime minister that despite the Government’s announcements about the reduction in the prices of basic food products, that was not the case on site.
Kovachevski accepted the bread from the reporter, as well as the fiscal bill to make sure of the price, and replied that he had asked the same question.