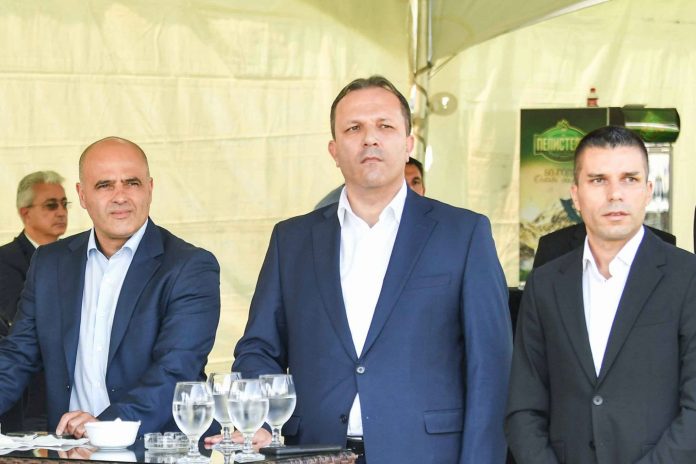 The situation with the bomb threats is becoming alarming, and Oliver Spasovski has no intention to do something to protect the citizens. Yesterday, a record 50 bomb threats were made in secondary and primary schools, and students, teachers and parents are traumatized. Spasovski shamelessly announced only yesterday that he will still coordinate with the services on how to overcome this threat to security that has been going on for months. Extreme indolence and irresponsibility, said VMRO-DPMNE in a press release on Friday.

“Some time ago, Spasovski pompously announced the discovery of bomb whistleblowers who spread fear. But since then, there has been no result, and the number of reports is increasing. Institutions, shopping centers, residential complexes and schools have been under threat for months, and the Ministry of the Interior has yet to coordinate. In addition, to make matters worse, Spasovski and Kovacevski did not ask for help from foreign experts from our partner countries to deal with bomb threats. It is already clear that Spasovski’s team is incompetent and unprofessional, but it is not clear why they did not ask someone else to help them stop such security threats. That is why we say that Oliver Spasovski is a security problem for Macedonia. The sooner he resigns, the sooner professionals will be able to deal with such and other challenges and threats to the citizens,” VMRO-DPMNE pointed out.