Home Macedonia French ambassador Baumgartner: Macedonians made many concessions and now they do not... 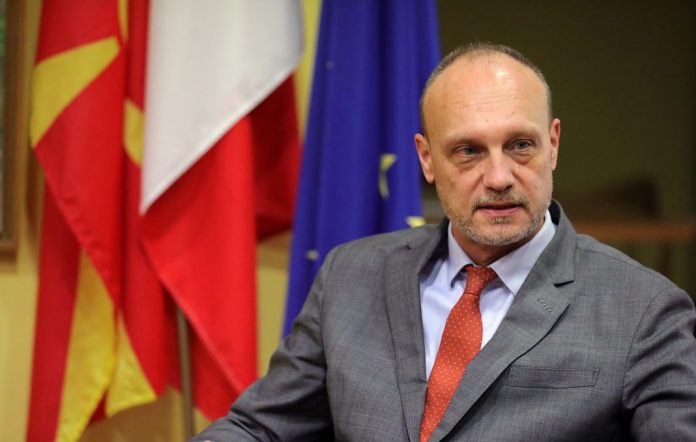 Macedonians today don’t want someone, especially not an ambassador from a big EU country, to explain to them how to think, because people have the feeling that they waited a lot, made many concessions and today they don’t believe in the promises, and I understand and respect that. Europe is a complicated institutional machine and sometimes the decision-making process is long, but I think that the global situation is changing and improving, said the French ambassador to the country Cyrille Baumgartner.
“And that’s why I don’t want to make promises and I want to say once again that I understand that spiritual thinking, it’s critical thinking and it’s good to have that kind of thinking. But what I also want to say is that it is normal to be suspicious of promises, especially false ones. If we are cautious, we should generally be cautious and not have confidence in European promises, but we should not have a speech against the EU,” said the French ambassador