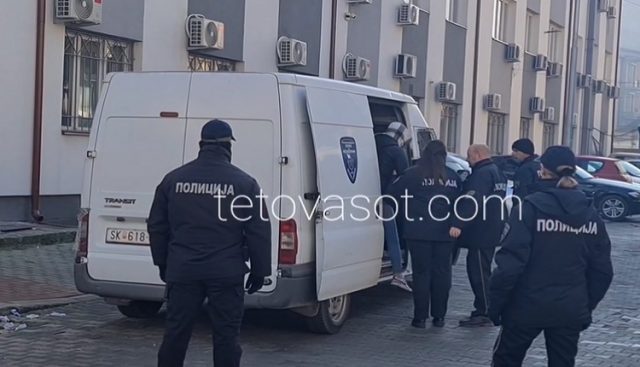 With a hood on her head and under strict security measures, the 17-year-old girl who is suspected of the murder of the 16-year-old boy in Banjiche, Tetovo, who was found dead in the waters of the river Pena, was brought to the Tetovo Basic Court on Tuesday.
As reported by the Albanian-language news portal Tetovasot, the girl has to testify before the judge once again today.
A few days ago, the Basic Public Prosecutor’s Office in Tetovo confirmed that a 17-year-old girl is suspected of intentionally taking the life of a 16-year-old child.