Home Macedonia Skopje is still in the top 10 most polluted cities in the... 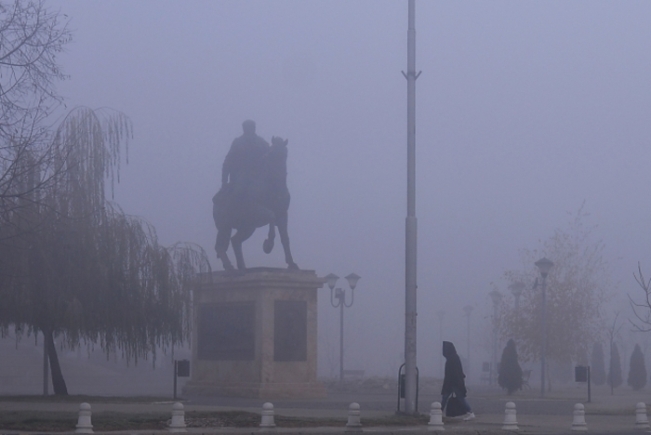 The residents of Skopje woke up to smog Tuesday morning, and the city once again found itself on the infamous ranking list of the most polluted cities in the world, taking the 9th place according to the IQAir platform, which monitors air pollution in real time.
The Macedonian capital, with an air quality index of 166, is on the list along with cities from India, China and Pakistan that are known for poor air quality. According to the platform, currently air pollution in Skopje is harmful to health.
The pollution is also confirmed by the individual measuring stations installed throughout the capital. According to the pulse.eco platform, extremely high levels of PM10 particles are currently registered at most of the measuring stations throughout Skopje.