Home Macedonia VMRO-DPMNE will win a huge majority in the next elections regardless of... 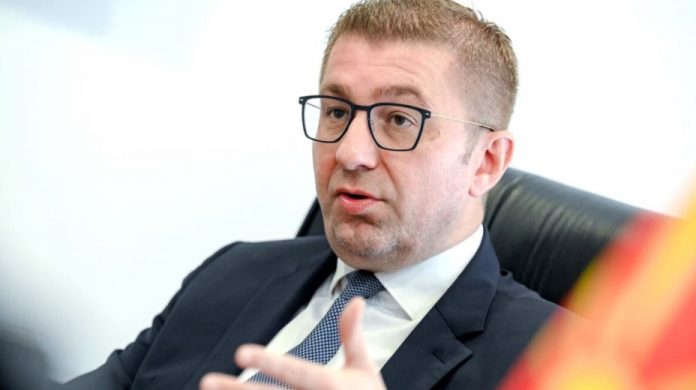 DUI wants to swallow SDSM and this is highly likely to happen. But that will only mean further fragmentation of SDSM, even though they have lost a lot in the past, especially the last year after the local elections. There are many members there who do not see themselves in a political coalition with DUI. And that will mean the natural creation of some other option, and there will be few left, I guess the current leadership of SDSM, Zechevikj and Kovachevski, who will continue to be in the lap of DUI because they will be a minority partner, the leader of opposition VMRO-DPMNE Hristijan Mickoski said on Tuesday.

Mickoski stresses that VMRO-DPMNE sees the interest of the people and regardless of this pre-election coalition between SDSM and DUI, VMRO-DPMNE is fighting to win a majority of votes.

They will have several tens of thousands of votes to add to the votes of DUI in such a coalition. Some of the voters in such a situation will depoliticize, some will come to us, some to some of the current political parties, and some to some that may yet appear. And in this way, SDSM will face a really big challenge, which is to continue being a tool of DUI or to stop existing in this form.