Home Macedonia Aggeler: The fight against corruption remains the number one priority 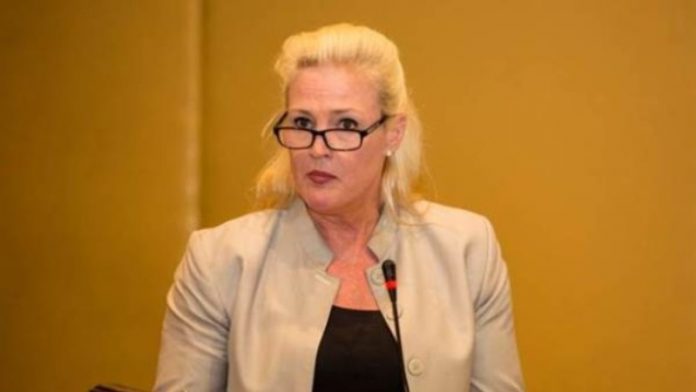 The US Ambassador to Skopje Angela Aggeler at the press conference with the Minister of Foreign Affairs Bujar Osmani, on the occasion of Macedonia’s chairmanship of the Adriatic Charter, said that the fight against corruption remains the number one priority for US diplomacy in the country this year and that during her stay in Macedonia on Wednesday senior advisor Derek Chollet will raise several issues.

“Common priorities will be discussed with Chollet, and the fight against corruption will remain primary for Washington. This 2023 will be a very busy year,” said Aggeler in response to a journalist’s question.

Minister Osmani added that one of the instruments of the United States, in the framework agreed with Skopje for the fight against corruption, will be the expansion of the black list for sanctions.