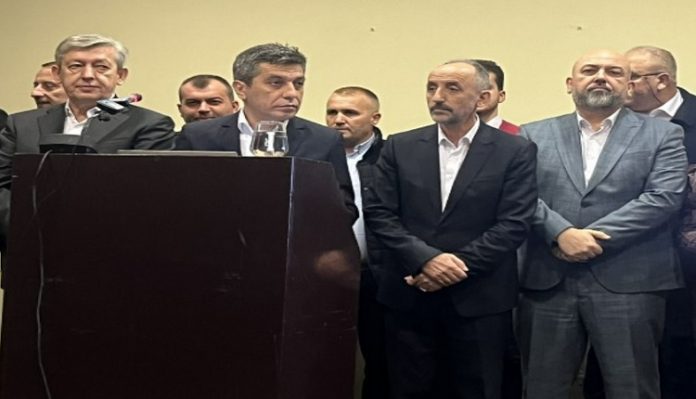 Recording Ali Ahmeti singing and then publishing the recording to defocus the opinion from the real problem, is a shameless abuse of his image, said Izet Mexhiti from the ranks of DUI, from the so-called “fire group”, after a video was released to the public Sunday in which the leader of DUI can be seen singing in his office.

Part of the Albanian media interpreted this video as Ahmeti’s response to the “fire group” from the party whose members the day before from Studenichani told him “not to burn the quilt because of a few fleas”.