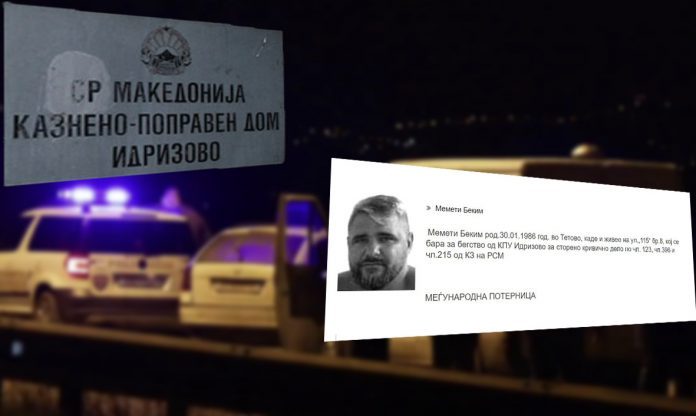 The Ministry of Interior issued an international warrant for Memeti Bekim, who shot a prison police officer Thursday night while being transported to the hospital and escaped in a cinematic way. Memeti Bekim, born January 30, 1986. in Tetovo, where he lives at street 115 no. 8, who is wanted for escaping from the Idrizovo prison for a crime committed under art. 123, art. 396 and art. 215 of the CC of the RNM”, reads the press release of the Ministry of Interior.

The convicted person B.M. from Tetovo was sentenced to a total prison sentence of 21 years, of which 19 for murder and two for unauthorized production and marketing of narcotic drugs, psychotropic substances and precursors. He has been serving his sentence since December 28, 2020, and it will be considered served on April 17, 2040.