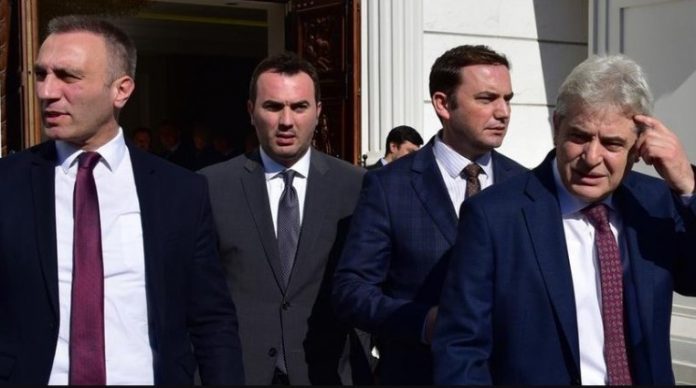 The party leader of the ruling DUI Ali Ahmeti, despite fierce criticism from fellow parties, once again stood in defense of the First Deputy Prime Minister, Artan Grubi, the Minister of Foreign Affairs, Bujar Osmani, as well as other ministers from his party.

Ahmeti said that for 20 years they have invested in building the staff that today, according to the party leader, clears their face in front of the countries, the developed countries.

“I am happy and proud when I hear and tell foreigners from Brussels and Washington that they are a mirror of the state, the Government, and that ennobles me, makes me happy and tireless to keep moving forward. As we speak, Bujar Osmani is returning from Ukraine. He is the minister of foreign affairs in almost half of the globe, which means that we have succeeded and the investments we have made are not in vain,” says Ali Ahmeti.

Regarding the criticism that democracy has been lost in DUI, Ahmeti said that ‘the party functions spotlessly’.