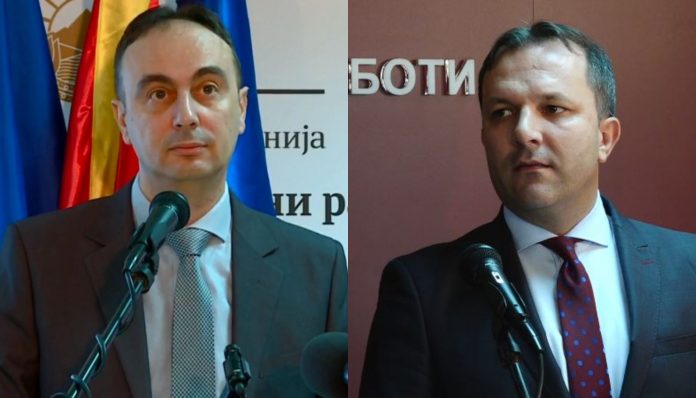 There is no end to the scandals in the Ministry of Interior, from whose budget millions of euros are pumped for the purchase of food for the needs of police officers. Today we continue with new evidence, about how the Ministry of Interior led by Oliver Spasovski pays millions of euros for food procurement tenders, Nakje Chulev from the ranks of VMRO-DPMNE told a press conference on Sunday.

“Therefore, we ask: Do police officers deserve and should be collateral damage of a business deal, in which the ultimate goal is for the money to end up in a company close to Oliver Spasovski and SDS? This is the contract between the Industry Service company and Spasovski’s Ministry of Interior for the delivery of food for the needs of the police center in Gjorche Petrov. This contract was signed on 10.01.2023 and is worth about 5.5 million euros. Both in the police center in Gjorche Petrov, as in the case of the training center in Idrizovo, there is the most modern kitchen for preparing food for the policemen, but instead of using it, Spasovski’s MoI procures food from a private company. Right in the police center in Gjorche Petrov, there is a prep kitchen in which until now hardworking and experienced personnel prepared food for the police officers. By receiving the two tenders from Spasovski’s Ministry of Interior for the Training Center in Idrizovo and the police center in Gjorche Petrov, Industry Service becomes one of the companies through which the most budget funds flow from this ministry, a total of almost fantastic 13 million euros according to these two contracts. It is even more symptomatic that exactly Oliver Spasovski, who is a minister in the Ministry of Interior, an institution that makes both purchases, was at the laying of the foundation stone of the Industry Service factory in Gazi Baba a few years ago,” said Chulev.