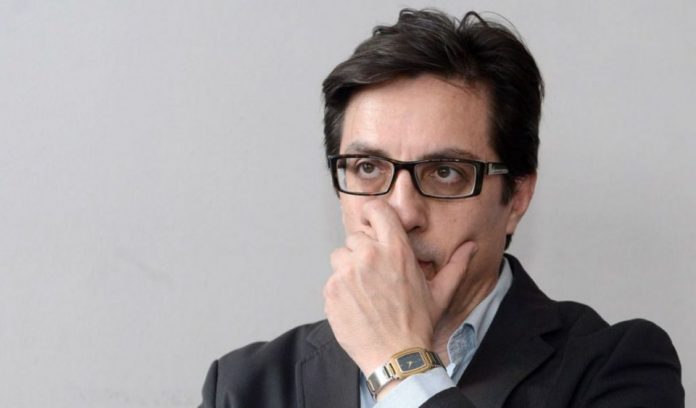 Macedonian President Stevo Pendarovski, after the meeting of the Security Council at Villa Vodno, requested to ban the entry of the Bulgarian MEP Angel Dzhambazki. However, Pendarovski did not say his actual name, but said that it was “an MEP coming from Bulgaria”.
“My proposal to the Government, which I also presented at the session, is in accordance with the provisions of the Law on Foreigners to prohibit the entry into our country of a member of the Bulgarian Parliament in the European Parliament and several other persons, citizens of the Republic of Bulgaria, due to the actions they took earlier and everything they are still taking them against our country. The legal conditions for imposing such a measure existed before and still exist. Those are the three, according to the law I am quoting, a threat to public order, a threat to national security and a threat to the international relations of the Republic of North Macedonia,” Pendarovski said.
Explaining what this means, Pendarovski said that people who are outside the country at that moment should not be allowed to enter, and if they are already inside, their stay should be canceled and they should be declared “persona non grata”.