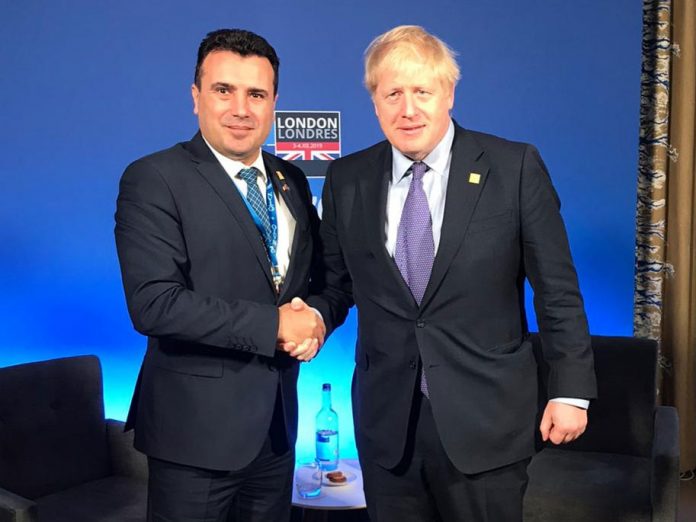 The United Kingdom fully supports the Republic of North Macedonia and the country fully deserves its place in the Euro-Atlantic democratic alliances by implementing reforms in line with NATO and EU values, was highlighted at a meeting between the two Prime Ministers Boris Johnson and Zoran Zaev. held in London on the sidelines of the NATO Summit.

Zaev at the meeting emphasized that North Macedonia has no alternative to these processes and that in the past two years he has focused on meeting all the necessary conditions to show that he is ready for full membership in NATO and the EU.

At the meeting, the two prime ministers stressed the commitment to strengthening long-term relations between the two countries as a confirmation of the close friendship and mutual support, now and within the Alliance’s alliance.