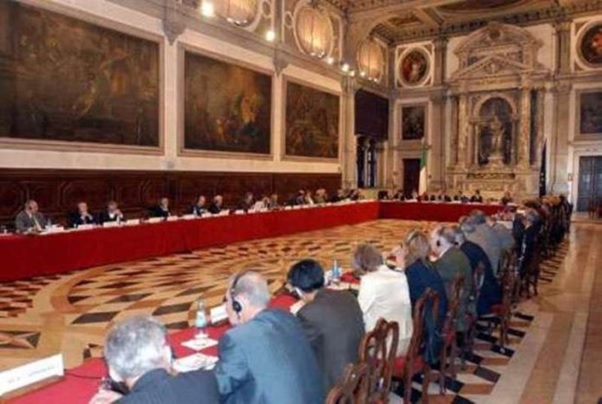 The Venice Commission for the second time pointed to the inefficiency of the use of the Law on Languages ​​and called on all parties concerned to reconsider the law and to abandon the provisions on bilingualism, especially in court proceedings.

The law on the use of languages ​​was adopted in January 2019. The assembly voted for the second time after President Gjorge Ivanov refused to sign the decree last year.

Legal experts from the Council of Europe underlined that compared to the 2008 law, the new law significantly expands the use of the Albanian language and in some cases goes beyond European standards set by the Convention for the Protection of Minorities and the European Charter for Minority and Regional Languages.
The commission, in an official statement, welcomes the Macedonian authorities willing to improve the language situation of the communities, but warns of particularly widespread use of the Albanian language.

“In certain areas the new law may go too far with imposition, which may prove to be an unrealistic legal obligation on public institutions, especially regarding the use of Albanian in court proceedings, along with severe sanctions in the event of non-compliance and the possibility of withdrawal of court decisions if there is no translation and interpretation during the proceedings. This approach could significantly slow down the functioning of the entire judiciary, risking serious violations of the right to a fair trial guaranteed by the European Convention on Human Rights,” the Venice Commission said in a statement.

The Venice Commission recommends that bilingualism should not be used in court proceedings and that the use of the Albanian language be limited to written official communication. It is also recommended that high monetary sanctions, which are required by law, to be postponed, if not observed, until the law is amended to provide sufficient legal clarity.

“Specific review will be given by the competent Ministry of Justice, along with the experts working, in a precise manner as the Venice Commission suggests and then sent to Parliament for its adoption. We will not allow any of us to be naive to reopen some issues that could divide us,” said Zaev.

Deputy Prime Minister and Minister of Defense Radmila Sekerinska reiterated her view that the Venice Commission’s opinion would be respected. She added that this is not an issue that should divide the state again.

Vice PM for Euro-Atlantic Integration Bujar Osmani, meanwhile, believes that any one-sided shift in the balance of Macedonian-Albanian relations achieved with much effort will open a magical circle and spiral that will move us off the path we have taken. Commenting on the decisions of the Venice Commission, Osmani said that as much as the language is important, so is the rule of law.

“We share the view that no object should be victimized by inadequate capacity. Our focus should be on accelerated capacity building in both the judiciary and the administration, while finding a way that no matter, of any type, will be victimized by unfinished capacity in the judiciary. With regard to banknotes we will have to sit down again inclusively and see how this conclusion is implemented by the Venice Commission,” Osmani said.

According to him, all the remarks of the Venice Commission should be implemented in action plans and capacity building.

The opposition VMRO-DPMNE announced on Monday that it would submit amendments to the Law on Languages ​​to make it constitutional. Opposition leader Hristijan Mickoski expects the government will support them if they really stand for justice.

“We have no policy of principles from the government, but a ‘buy day, sell’ policy. We have gambling with national and national interests, and not only in foreign relations, but in every other way. Zoran Zaev’s government has practically become a hostage to its failures and a short-sighted populist policy. Without a lot of thought, but with only one goal and interest, how to get more money and more personal businesses, and everything else can wait,” said Mickoski.