Home Macedonia Party cleanups in the Army according to Sekerinska’s wishes? 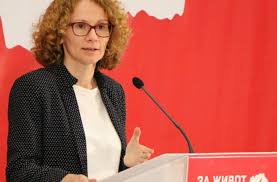 On the eve of the announced elections, the replacement of senior officers in the ARM continues, Netpress reports.

Our sources say the latest changes made by Defense Minister Radmila Sekerinska are with the air brigade commander.

Namely, the current commander Lieutenant Colonel Robert Malezanski has been relieved of his duties and the newly promoted Colonel Stojko Pejovski has been replaced. The reason for the change of the current commander is the demands made by his pilots to increase the salaries, ie equalize the salaries of the pilots in the Ministry of Interior. The commander sent these requests to Sekerinska, who made the decision the next day to replace Commander Malezanski.