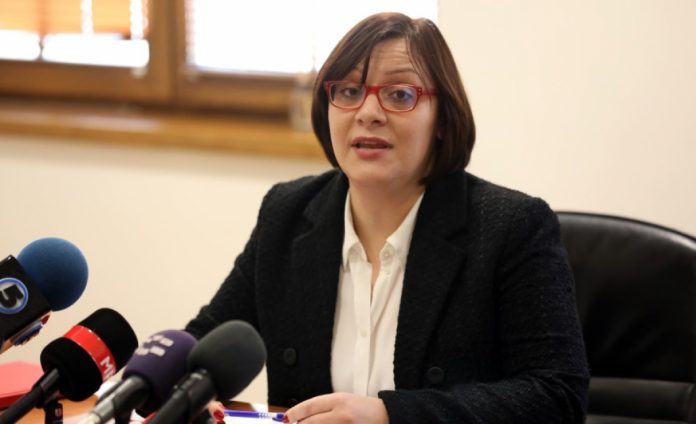 We are closely following this case of providing state financial aid to TE-TO. There are indications of crimes and abuse of office. Toplifikacija provided documents that point to irregularities in the way TE-TO was helped by the state. Shareholders of Toplifikacija were harmed by the actions, said Additional Deputy Finance Minister Gordana Dimitrieska Kocoska, who put the write-off of income tax the firm TE-TO owed at 16 million EUR.

She points out that the subject of state aid is a public tax of about 16m euros on corporate income tax for 2018, which was incurred through debt write-offs under AD TE-TO’s bankruptcy proceeding plan.

She points out that the subject of state aid is a public tax of about 16m euros on corporate income tax for 2018, which was incurred through debt write-offs under AD TE-TO’s bankruptcy proceeding plan.

On 10.01.2020, through the archive of the MF Association for Protection of the Rights of the Shareholders of Toplifikacija AD Skopje , I received documentation according to which there are indications of irregularities in the allocation of state aid to AD TE-TO, and by which procedure indirect damages were caused to the shareholders of Toplifikacija AD Skopje, in such a way that this procedure affected the previously established legal relations between these entities for which there are civil but also active criminal proceedings.

Having in mind the information I received and the data that I was able to obtain under my jurisdiction, given the suspicion of irregularities in this proceeding, I responded appropriately and forwarded the full documentation together with all the files to the Ministry of Interior as a competent institution”, pointed out Dimitrieska Kocoska.

Her reaction arises from the following:

“TE-TO is a company that sells its products on the free market according to the rules of the electricity market in the country and abroad, and this should be taken into consideration in every procedure, and especially in the procedure for granting state aid. With the granting of state aid, this company is preferential compared to the competition.

It should have been taken into consideration that TE-TO is a company that is under investigation, and possibly criminal proceedings for which the Financial Police under suspicion of crimes “Abuse of power and authorization”, “False bankruptcy”, and “Money laundering and other proceeds from a crime”, filed a complaint with the Public Prosecutor’s Office, informing the public on 21.06.2019.

Moreover, the state granted aid to a firm that has a Notice from the Securities and Exchange Commission dated 22.08.2019, that after conducting an analysis of the overall situation of AD TE-TO and AD Toplifikacija, it found that there were grounds for suspicion that the accountant and the auditor acted contrary to the Securities Law.

In this regard, the Government said in a statement that the subject of state aid was the income tax which did not de facto exist, it was not realized in the company, but was incurred fictitiously on the basis of written off liabilities on the basis of a reorganization plan. The question therefore arises whether for other companies this ground should not be taken into account when determining tax liabilities and whether the state deems that they de facto have no income tax or charge them tax although they consider it to be fictitious.

If that is the case, this Government should have initiated appropriate legislative changes that would have eliminated the basis for calculating the corporate income tax which they say is “de facto non-existent” or that it is “fictitious” so that it will not be subject to payment. for other business entities and citizens in the country”.