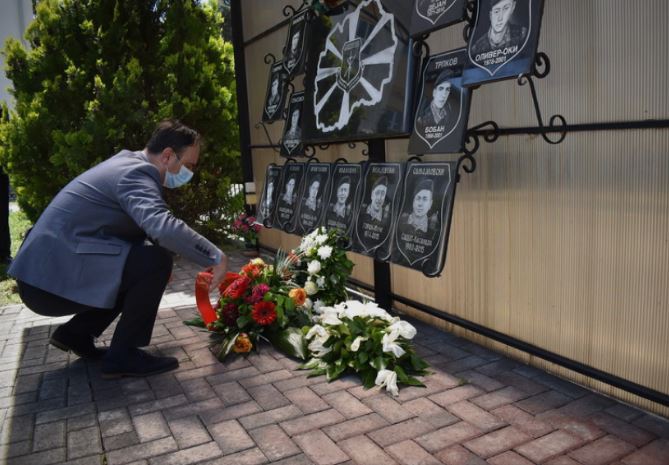 A memorial service was held today at the St. Nicholas Cathedral in Kumanovo for the eight dead police officers who took part in an armed shootout with a large militant group made up mostly of Kosovo Albanians in Kumanovo’s Divo Naselje on May 9 and 10, 2015.

The memorial service was organized by a group of defenders from Kumanovo, and was attended by the Minister of Interior, Nake Chulev.

“Every year, a group of defenders organizes a memorial service on the occasion of the death of our brother defenders in 2015 in the events in Divo Naselje. In this way, we try not to be forgotten, for the people to remember their victims, to know why they died, to tell their children and grandchildren that there are always ready heroes for Macedonia who will give their dearest life “, said Predrag Petrushevski from a group of defenders.