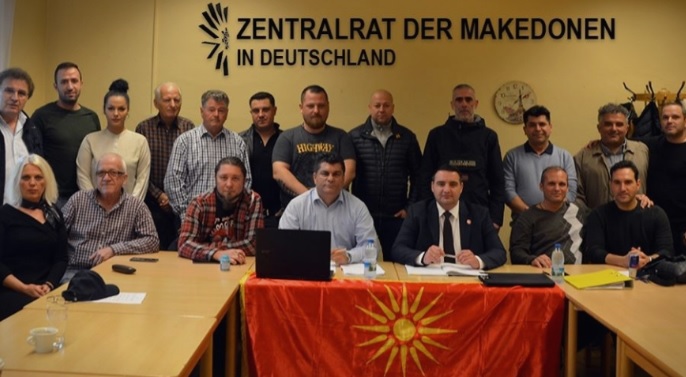 The Central Council of Macedonians in Germany is protesting against the unequal
conditions for Macedonian citizens abroad with those in Macedonia in exercising
their right to vote in the upcoming snap parliamentary elections!
They remind that every Macedonian citizen with 18 years of age acquires the right to
vote, which is constitutionally guaranteed and equal, general and direct and is
exercised in free elections by secret ballot, except for persons whose business
capacity has been revoked. It also stressed that the state has an obligation to create
equal conditions for everyone to exercise their right to vote, regardless of where they
live or work.
The Central Council of Macedonians in Germany is demanding an end to the
practice of Macedonian citizens outside the Republic re-applying for registration for
each presidential and parliamentary election in the special voter list for the seventh
constituency.
Once registered in the special voter list for the seventh constituency must remain for
all parliamentary and presidential elections, until he submits an application to change
the constituency at the polling station according to the last place of residence in
Macedonia. Election Commission, that Macedonian citizens abroad who are on the
voter list and want to return to vote in the Republic of Macedonia for the early
parliamentary elections, will probably have to be in quarantine for 14 days, which
requires special voting conditions that do not serve on improvisation.
The Central Council of Macedonians in Germany demands a repeat of all election
actions due to a new date for the elections, updating of the voter list and the right to
vote for all who from April 12, 2020 until the day of the elections will become full, but
also deleting from the voter list of all those who died from April 12, 2020 to the day of
the elections.