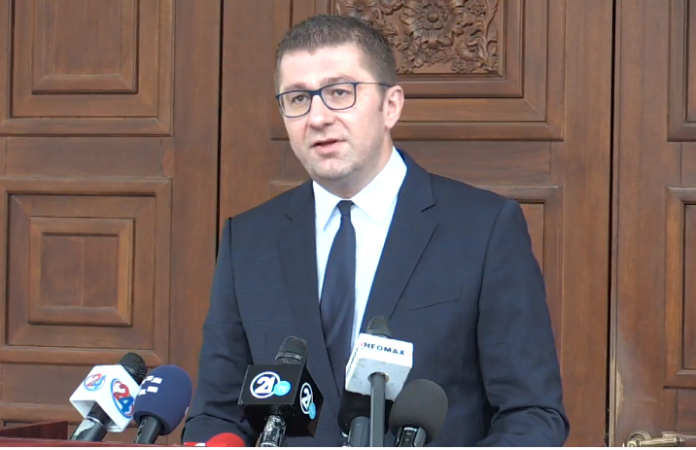 VMRO-DPMNE will participate in the elections and it will win, but the only thing that
we are afraid of – and everyone should be afraid – is that fact that we are breaking
records in registering new COVID-19 cases and fatalities almost every day, VMRO-
DPMNE leader Hristijan Mickoski said Tuesday
According to him, the opposition is prepared for a dialogue.
“Only after the pandemic is declared over, we can discuss concrete dates and next
steps for elections to be held,” Mickoski told a news conference in Skopje.
Asked what the largest opposition party in the country would do if SDSM and DUI
agreed on July 5 elections, Mickoski responded: “Best of luck if they decide to have
elections as we are registering dozens of infected people and several fatalities in a
day, I have nothing to add.”
He said people’s lives would be put in danger if elections were to be held.
VMRO-DPMNE, Mickoski stated, is always in favor of compromise and talks and we
are at the disposal of SDSM and DUI if they deem that they need VMRO-DPMNE’s
position on the new circumstances.
He confirmed the parties had had communication in a bid to agree a date for the
parliamentary elections, but it was suspended after the number of new COVID-19
cases in the country started rising again.
“I don’t feel comfortable talking about elections in these circumstances,” the
opposition leader told reporters.