Home Macedonia Zaev trades with Goce Delchev as he did with the name, the... 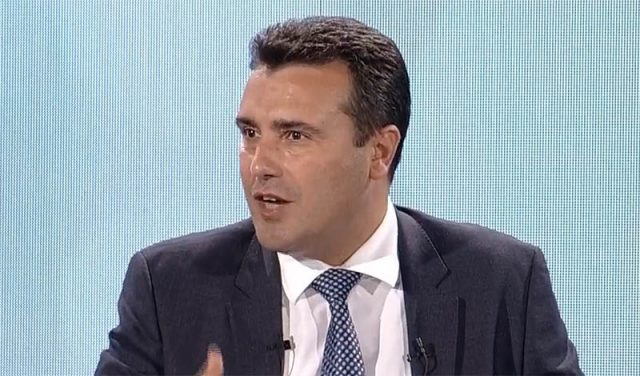 Macedonia and its citizens got another name for the country and disputing the Macedonian language and history, but not a date for starting accession negotiations with the European Union, Kurir.mk wrote on Monday in the context of the latest threats coming from official Sofia for the conditions to avoid the Bulgarian blockade of the country’s European aspirations.

“It’s no secret or a special strategy, and they claim they brought Zaev to sell the name, come on,” said Zoran Zaev in September 2017, then Prime Minister of the Republic of Macedonia.

“Enough with the fake patriotism, Macedonia will be the 30th member of NATO and will start negotiations with the EU. We will show that we can solve problems with friendship and good spirit because our future is the EU and NATO. Macedonia will solve the name issue, and the citizens will be proud Macedonians. A new time is coming for our country, Macedonia is awake,” said Zaev at the rally in Prilep, October 12, 2017.

Three years later, Macedonia and its citizens were given another name for the country and a dispute over the Macedonian language and history, but not an EU date.

These days, the citizens are witnessing more and more frequent statements about giving up Goce Delchev, both from the authorities in Bulgaria who continue with the narrative and the conditions that ” Zaev has nothing to lose” if he agrees with the conditions of Sofia, and Zaev’s statements that after the name change everything was easier, probably to give out.