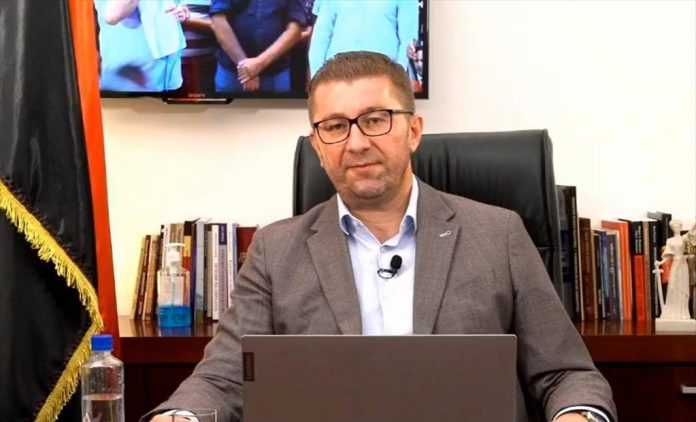 Bulgaria’s Foreign Ministry neither confirms nor denies that Bulgarian Foreign Minister Ekaterina Zaharieva asked her Macedonian counterpart Bujar Osmanito sign a new agreement similar to the Prespa Agreement with Greece, which will implement Sofia’s demands on the Macedonian identity.

Ivan Dimov, an adviser in the office of the Bulgarian Foreign Minister, told ALFA that they would not comment on Mickoski’s statements that at a meeting in Sofia last week the Bulgarian side had asked for their views to become part of our constitution through amendments.

Earlier this week, VMRO-DPMNE leader Hristijan Mickoski called on Osmani to explain whether something like this was pointed out to him at the meeting last Friday in Bulgaria’s capital.

The views of official Sofia in the memorandum which, among other things, disputes the Macedonian language and nation until 1945, as Mickoski says, are a result of the promises that Zaev gave to our neighbors before the 2016 elections.

Osmani responded via Facebook status, claiming that there was no new agreement, and that the visit to Sofia was “positive”.