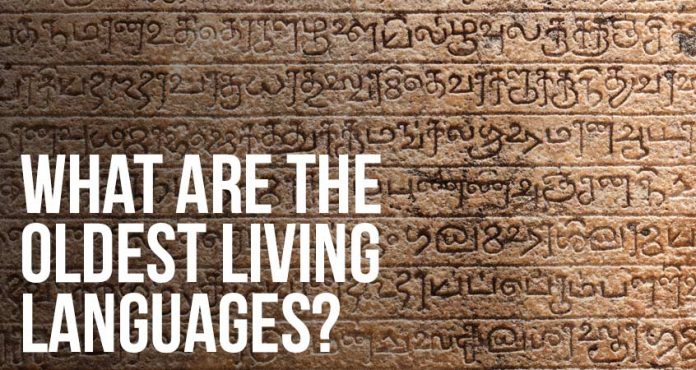 The evolution of language is like the evolution of biology – it happens gradually, generation after generation, so there is no point of “breaking” between one language and the next language that has evolved from it. Thus, each of the following languages ​​has something special, something ancient, which makes it different from the others, writes the author Lani Seelinger in the article published in 2018 on the reputable site The Culture Trip, visited by millions of users each year.

“Hebrew is a funny case, since it essentially fell out of common usage around 400 CE and then remained preserved as a liturgical language for Jews across the world. However, along with the rise of Zionism in the 19th and 20th centuries, Hebrew went through a revival process to become the official language of Israel. While the modern version differs from the Biblical version, native speakers of Hebrew can fully comprehend what is written in the Old Testament and its connected texts. As the earliest speakers of Modern Hebrew often had Yiddish as their native language, Modern Hebrew has in many ways been influenced by this other Jewish language.

The Slavic language family, which includes Russian, Polish, Czech, and Croatian, among others, is relatively young as far as languages go. They only started splitting off from their common ancestor, Common Slavic (or Proto-Slavic), when Cyril and Methodius standardized the language, creating what is now called Old Church Slavonic, and created an alphabet for it. They then took the language north with them in the 9th century as they went to convert the Slavs to Christianity. They came from somewhere just north of Greece, probably in what is now known as Macedonia (or the Republic of Macedonia or FYROM following Macedonian naming disputes), and Macedonian (together with its very close relative Bulgarian) is the language that is most closely related to Old Church Slavonic today.

Following the comments concerning the intricate historical relationship between Macedonia and Bulgaria, we at The Culture Trip would like indicate that, despite the complexities, the prevailing academic consensus outside of the region is that Bulgarian and the language known as Macedonian are distinct. If you don’t believe us, read our article on the history of the Macedonian language.”