Home Macedonia German diplomat Steinecker: It is absurd to claim that Macedonian is a... 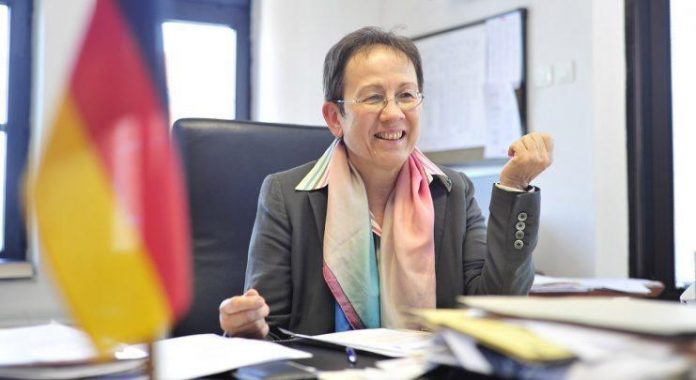 Former German Ambassador to Macedonia Gudrun Steinecker told Deutsche Welle that it was absurd to claim that the Macedonian language was a dialect of Bulgarian.

Boyko Borissov recently rightly recalled that in 2006 his GERB party was founded with solid support from Germany – mainly from the Hans Seidel Foundation, which is affiliated with the Bavarian HSS. Even the name of the party was invented by HSS councilors.

We saw tens of thousands of protesters in Bulgaria and while they didn’t really shake his Government, the victory of Borisov in the next elections is not assured. To cling to power, Borisov needs allies and he finds them in the United Patriots, who have relatively small but reliable popular support.That is why observers believe that the decision to block the opening of accession talks with Macedonia is driven by domestic policy considerations, the former diplomat says, while also lamenting the fact that the Macedonian opposition VMRO-DPMNE party is now vindicated in its long standing predictions that Zaev’s policies will end in failure.

The analysis was published by Deutsche Welle.