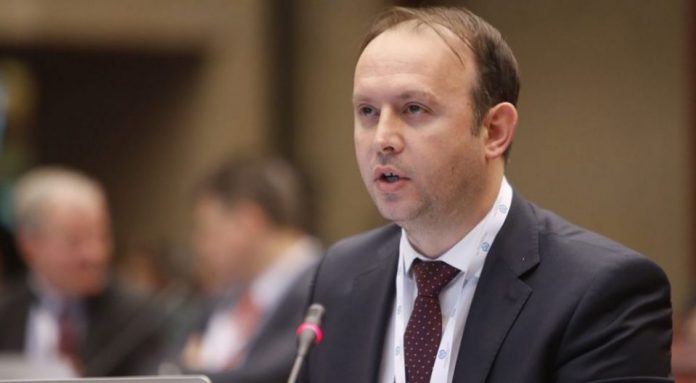 Alternativa party leader Afrim Gashi,  at today’s trial for the events of April 27 at the witness stand said that during his entire presidency of the constitutive session, the then Parliament Speaker Trajko Veljanoski as chairperson adhered strictly to the Rules of Procedure.

Gashi explained in detail what was happening that day in the Parliament. He left the legislature at about 5 pm, but returned later. Before leaving, he signed a request for the session to continue the next day, Friday.

Asked whether the Besa party then discussed and agreed on MP Zekirija Ibraimi to sing the Albanian anthem, he replied that it was not discussed at all.

“It was never discussed, nor did we agree on Ibraimi to sing the Albanian anthem at the session,” said Gashi from the witness stand.