Home Macedonia Korchagin’s granddaughter: How can I erase the terror committed against my people? 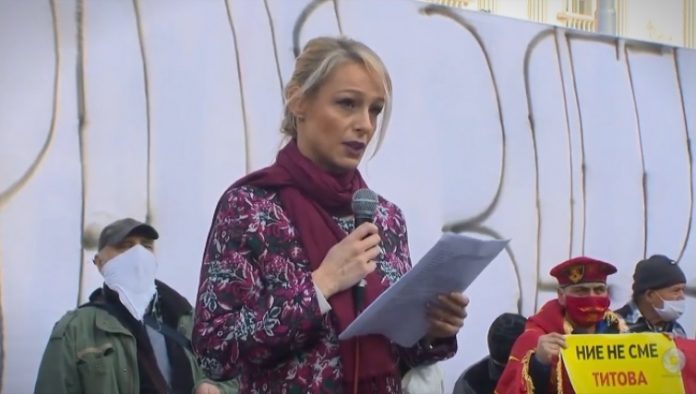 Zoran Zaev insulted my family, Zaev insulted my grandfather and father. He insulted me and my child. What should I tell him, how should I tell him the family history. How to erase the family heroism, but also the terror committed against my people. Should I hide my grandfather from my own child, Rade Jovchevski Korchagin’s granddaughter Kalina asked at Saturday’s anti-government protest.

“Were the Macedonians then unable to distinguish administration from occupation, so they formed partisan detachments to fight against those who “friendly” killed and committed crimes throughout Macedonia? Due to his deeds and struggle for the liberation of Macedonia from the Bulgarian fascist occupier, he was twice sentenced to death in his absence. He was killed in cold blood by Anton Gjeorgiev Antov, a Bulgarian agent on the orders of the Bulgarian police. I wonder if Zaev now wants to force us to think that such an administration helped us to free ourselves from occupation?, Kalina asked.

Korchagin’s granddaughter openly asked Zaev whether, according to his understanding of history, the change of the 20 signs on which was written Bulgarian fascist occupier, means the beginning of change until the abolition of the whole truth.