Home Macedonia Stoilkovski: Not a word about responsibility for the “Global” fire 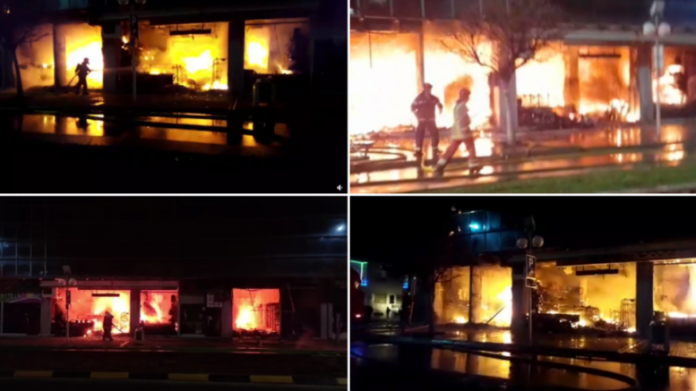 There hasn’t been a word for a whole week from the competent institutions about the fire in “Global” in Strumica, said VMRO-DPMNE spokesperson Naum Stoilkovski at Friday’s press conference adding that there is no information about the cause of the fire, and even worse, there is no word of responsibility for the terrible fact that in this public building of the municipality lacks adequate fire protection system.

“A system in which thousands of human lives are endangered due to non-compliance with the law, legally adequate fire protection system in a public building built by the municipality and put into use by the municipality, such a system that must not conduct any credible investigation into any flaws in the construction, because it is about Zoran Zaev, it is far from a democratic system, far from even a hybrid system, but it is proof of the rule of a complete dictatorship! The silence of the institutions for “Global” is complicity in a future similar fire in which unfortunately there may be casualties,” warned Stoilkovski.