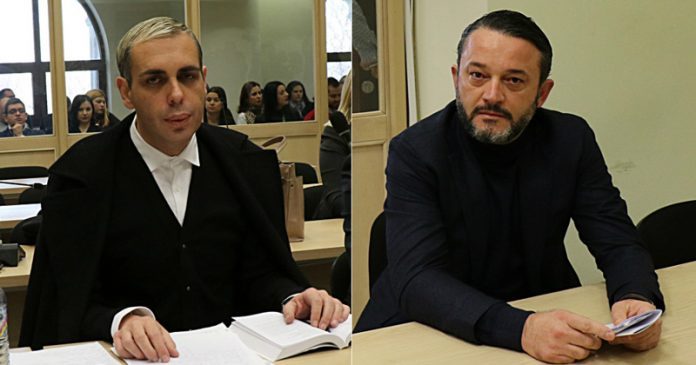 Jordan Kamchev asked the court at Thursday’s hearing in case “International Association” to be exempted as witness following his recent detention.

“My credibility as a witness has been shattered and I will not be of use to the prosecution,” said Kamchev.

Prosecutor Ivana Trajchevska denied the request, saying Kamchev’s detention was ordered for an entirely different case that is unrelated to the one being tried.

Businessman Jordan Kamchev was detained a couple of days ago after the National Security Agency tipped the police that the suspect prepared to escape. He is one of the suspects in the case related to illegal purchase of building lots at Vodno hill, in which the investigation is set to be completed.

In his testimony, Kamchev said he first heard about the International Association in 2018, when he was offered to take part in the construction of a fashion mall and a retirement home.

“I did not accept the first one because it lacked business logic and also rejected the second one. I was told that the son of (former Special Prosecutor) Katica Janeva had an interest in the matter. Afterwards I was continually subjected to harassment,” said Kamchev.