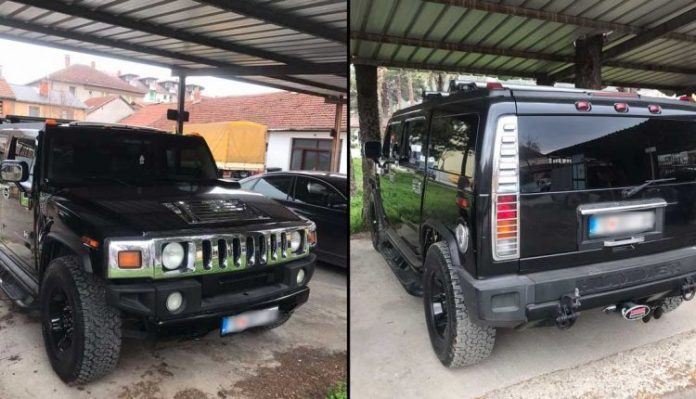 One hundred packages of cocaine and other drugs were found at a dealer from Tetovo during a search of his vehicle, said the Ministry of Interior.

Monday night at 11 pm inthe parking lot of a company in the village of Poroj, Tetovo region, police officers from the Tetovo Police Department for Illicit Trade in Drugs and Weapons arrested AB (31).

During the inspection, in the Hummer passenger motor vehicle, with Tetovo license plates, which he was driving, 100 packages of different size containing cocaine, nine packages of marijuana, two digital scales and two mobile phones were found. The detainee behaved aggressively and physically assaulted the police officers.