Home Macedonia The government has accredited the University of Veliko Trnovo, which is twice... 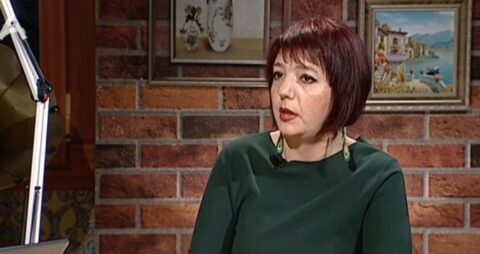 With the adoption of the decision for approval for performing higher education activity of the foreign higher education institution the University of Veliko Trnovo “St. Cyril and Methodius ” in Bulgaria, on the territory of Macedonia, the Government again puts Macedonia and the Macedonian public in a subordinate position, i.e. again accepts everything required from our eastern neighbor, just like in all negotiations, without proper reciprocity, accused VMRO-DPMNE MP Velika Stojkova-Serafimovska on Sunday.

We say “Yes” for quality education, “Yes” for entry of quality and highly ranked world universities that will improve the level of Macedonian higher education, but, according to all relevant world rankings, the University of Veliko Trnovo is twice as bad as the Macedonian UKIM and for over a thousand places worse than the University “Goce Delchev” in Shtip. Hence, what is the benefit of the Republic of Macedonia from the opening of this foreign institution?” the MP asked.