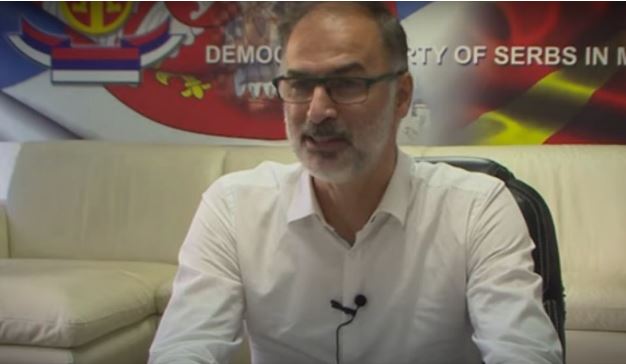 What is happening behind the scenes in the negotiations with Bulgaria does not correspond to the statements of the government and therefore we ask the public to announce what is being negotiated, but also to make a decision that will be in the common interest of the citizens of the Republic of Macedonia, said MP Ivan Stoiljkovic at today’s protest “Enough is enough, Come out for Macedonia”.

Stoiljkovic stressed that the government does not give any explanation for the harmful policies it pursues, so it was with the crisis situation, so it is with the agreement with Bulgaria and that is why these protests are to alert the public and bring the government to a situation not to bring a harmful solution to Macedonian citizens.

“In this way, we decided to alert the Macedonian public to see what is happening and for the government representatives to publicly face the Parliament of the Republic of Macedonia, where decisions should be made on the most important state issues such as international agreements, and This agreement is deeply in the European Convention for Human Rights and Freedoms, so we will continue to protest,” said Stoiljkovic.

The MP says that with this government, the only thing that has happened is a decline in the democratic processes and that is why it is very important for the Government to appear before the citizens and MPs with all the information so that we can have a decision that will be in the common interest of the citizens of Macedonia.