Home Macedonia Miloshoski: I expect all political parties to support the Resolution and to... 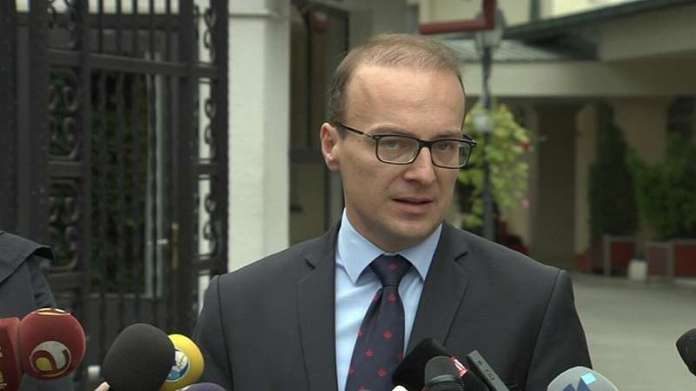 I would like to inform you regarding the draft Resolution on Euro Integration and the imposed bilateral disputes for which we believe that there should be Macedonian state positions, today we had a meeting with MPs from LDP, DOM and Democratic Union, and tomorrow we should meet with MPs groups of Alliance and Alternativa and DUI, said VMRO-DPMNE MP Antonio Miloshoski.

“Today’s meeting with the MPs of DOM, LDP and the Democratic Union was productive and in principle we assessed that the essence of this Declaration can be politically useful in the Resolution itself, are international norms and standards related to human rights and the rights of every nation to self-identify and to determine its culture, historiography, language tradition, etc. We expect this Resolution to be adopted in the Macedonian Parliament and we believe that if the political parties unite around such a joint Resolution. It will be useful for Macedonia, it will be useful for the Macedonian society not to have additional polarizations, and we believe that it can be useful within the EU to present in a fair and serious way the positions of Macedonia as part of the European Culture and the Macedonian people as part of the European nations,” said MP Miloshoski.