Home Macedonia Shekerinska: Macedonia might participate in the Alliance battle group in Latvia 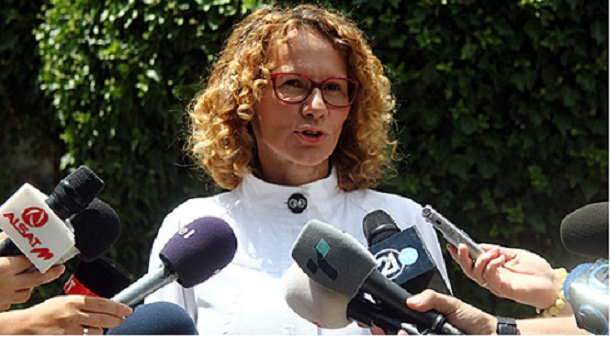 They were hosted by their Latvian counterpart Artis Pabriks during a working visit, said the Defence Ministry.

“Being a dedicated NATO ally, North Macedonia fully supports its values and strongly believes in NATO’s pillar – collective defense and the commitment to guarantee peace and stability in the Euro-Atlantic,” Minister Shekerinska said during a tour of the Adazi military camp alongside her counterparts.

Shekerinska said that the presence of three ministers from the region in north Europe sends a powerful message of unity and solidarity in the Alliance, said the press release.

The Army, she said, has been contributing to regional stability by being part of the KFOR mission in Kosovo, but there is preparedness to assume some responsibilities as part of the NATO Enhanced Forward Presence in Latvia together with Montenegro and Slovenia.