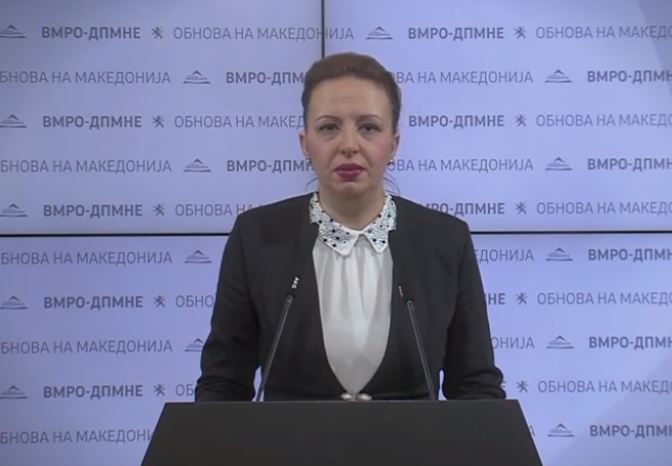 The concept “Macedonia for All” will provide cheaper electricity, free gas connection for households and a healthy environment, said VMRO-DPMNE MP Zhaklina Peshevska on Friday.

“VMRO-DPMNE has a plan how to extend the life of thermal power plants in Bitola and Oslomej until 2040, it will mean higher electricity production and cheaper energy for households. The extension of the life of the two thermal power plants will save the jobs of thousands of employees in both plants, who will not lose their jobs, which will happen if SDSM remains in power. With VMRO-DPMNE, jobs will be saved and there will be cheaper electricity. We will change the sad reality that in the 21st century Macedonia still does not have gas for households,” says Peshevska.

The opposition MP adds that in one term the municipal and city authorities from VMRO-DPMNE will provide free gas connection, and the plan is for up to 50% of households to have access to this energy for 4 years.