Home Uncategorized Deserter Zaev poses for photos in his shiny shoes and a EUR... 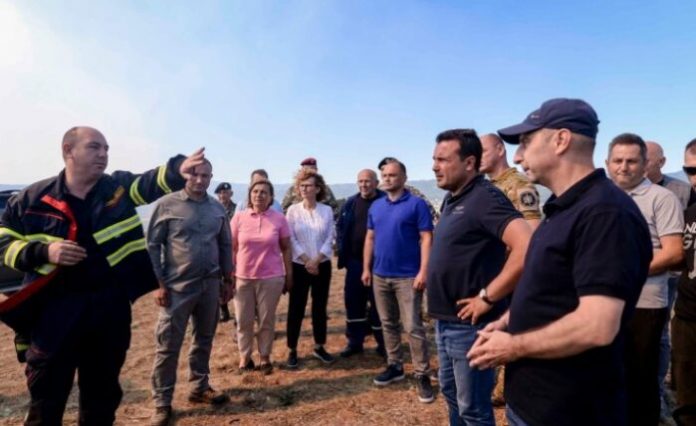 Deserter Zaev today posed for photos in Maleshevo with shiny shoes and a T-shirt that costs 500 euros and then left, , while fire was still out of control. That’s all from this incompetent government. Macedonia has a serious problem with Zaev and SDSM. SDSM is totally detached from reality, and hatred has clouded their minds, reacted VMRO-DPMNE on Saturday.

“The whole Macedonian public saw the traitor and deserter Zaev enjoying himself on the beach while Macedonia was on fire. This is the first and only case in history of a government official to leave his people during hard times and go on vacation. To make the embaraseement even bigger the government announced yesterday that Zaev will coordinate from a deck chair on the beach, while the people with buckets and shovels in hand are saving their bare lives, their properties and their forests. Other countries had a greater conscience than Zaev and his government towards the people in Macedonia,” VMRO-DPMNE points out.