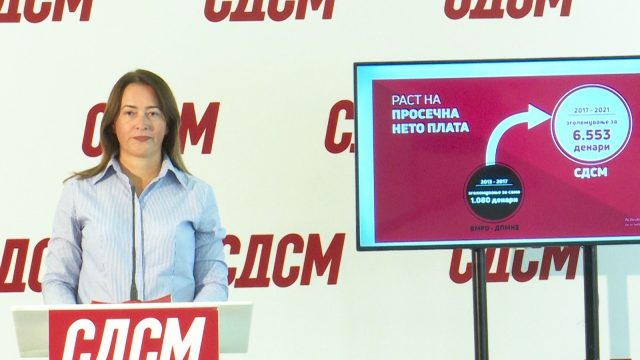 The economic measures and policies implemented by the SDSM-led government are yielding results, wages are rising, the Macedonian economy is dynamic and developing, Razmena Durovikj-Chekikj, chairwoman of the ruling party’s Economy Committee, assured at a news conference on Sunday.

“The average salary in the country for four years, i.e. from June 2017 until now, has increased by a quarter, i.e. by over 6,000 denars. More money for the workers is the realization of the concept of SDSM, the money for the citizens. Therefore, immediately after taking over the mandate, we increased the minimum wage, which today amounts to 15,200 denars, and we leveled it in all sectors,”said the SDSM party official.