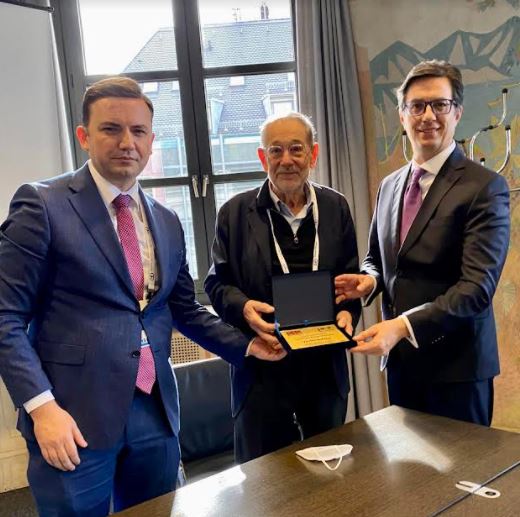 President Stevo Pendarovski met with Javier Solana – former NATO Secretary General, High Representative for the Common Foreign and Security Policy of the EU and Minister of Foreign Affairs of Spain on the sidelines of the Munich Security Conference.

Solana, who is the current president of the Center for Global Economy and Geopolitics (EsadeGeo) and a proven friend of North Macedonia, including in the Ohrid Group in support of the country for EU and NATO membership, once again hailed Macedonia’s constructive role in the Western Balkans as example of resolving difficult issues, as well as the need to realize the European agenda in the context of integration, agreeing that the European Union should implement its decisions as soon as possible.