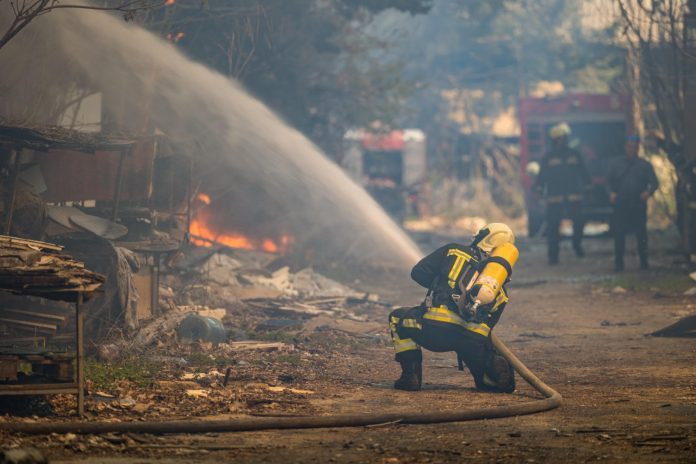 A new fire broke out early Friday morning in the buildings of the former “Treska” factory.

Firefighters who stayed on the scene overnight noticed early in the morning that there were new flames. Intervention was made immediately and the fire was localized.

Thursday around 2 pm, a large fire broke out in the area of ​​the former “Treska” factory. A number of buildings were set on fire. 55 firefighters fought the flames for two hours.

Mayor of the City of Skopje Danela Arsovska, after the fire was put down, said that the initial findings indicate that the fire was deliberately set. She urged the competent institutions to determine the cause of the fire as soon as possible and if it is confirmed that it was in fact arson, the culprits to be found and properly sanctioned.