Home World Bulgaria criticizes why there was no reaction to the “anti-Bulgarian” banner at... 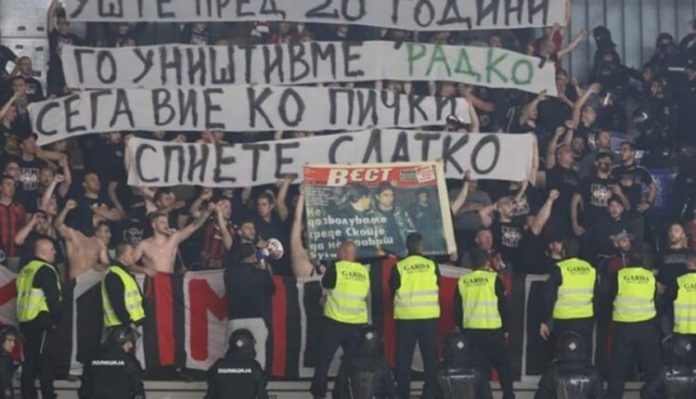 During the handball match between the teams of Pelister Europharm and Vardar in the stands in the hall in Bitola there were huge cynical and vulgar banners against the Bulgarians, reports BGNES.

“Despite the serious police presence, no law enforcement officers tried to remove them or demand the removal of the banners,” the media outlet reported.

BGNES adds that so far no sports federation in the country or the Ministry of Foreign Affairs has condemned what is written on the banner.