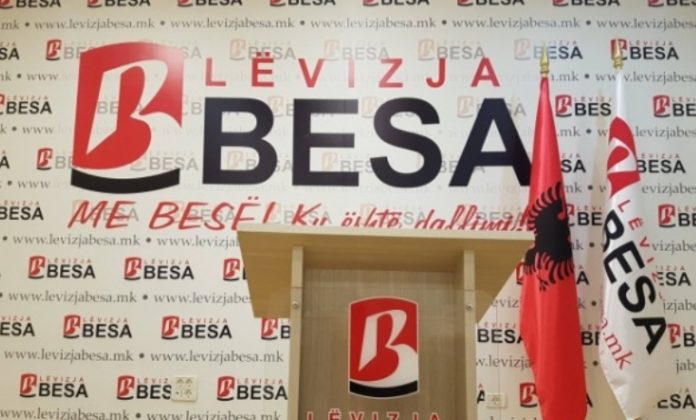 After VMRO-DPMNE announced a blockade of the Macedonian Parliament, Besa joined the largest opposition party and said it will endorse the blockade.

The party led by Bilal Kasami also announces an opposition blockade of the Parliament after the leader of VMRO-DPMNE Hristijan Mickoski announced that his party will block the work of the Parliament through filibustering and amendments in order to schedule snap parliamentary elections.

“Besa’s position is very clear and we have been repeating it for several months now. The legitimacy of the government is disputed because the majority was made through blackmailed MPs and political parties who overnight by critics of the government became part of the government. This composition of the government reflects the mismanagement of all institutions, so it is very important to have parliamentary elections as soon as possible, to return the legitimacy to the citizens and for them to decide who should represent them,” said Besa’s spokesperson Elmedin Memishi.