Home Macedonia Leaders of the Macedonian-Albanian parties to meet with Rama in Tirana on... 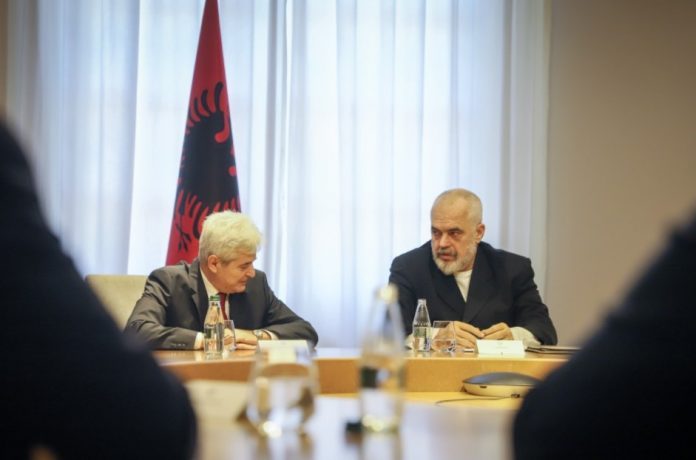 The leaders of the political parties of the Albanians in the country are expected to go to a meeting in Tirana on Tuesday at the invitation of the Albanian Prime Minister Edi Rama.

The Macedonian Minister of Foreign Affairs, Bujar Osmani, said Monday that tomorrow’s meeting is a New Year’s meeting with the aim of exchanging opinions regarding current issues in the region and wishing success in the year ahead and appealed not to create “some kind of conspiracy” in connection with it.

According to Minister Osmani, there is no predetermined agenda for the meeting that will be discussed and it will be an opportunity to communicate and exchange ideas, information, and views for the benefit of the region and North Macedonia and Albania.