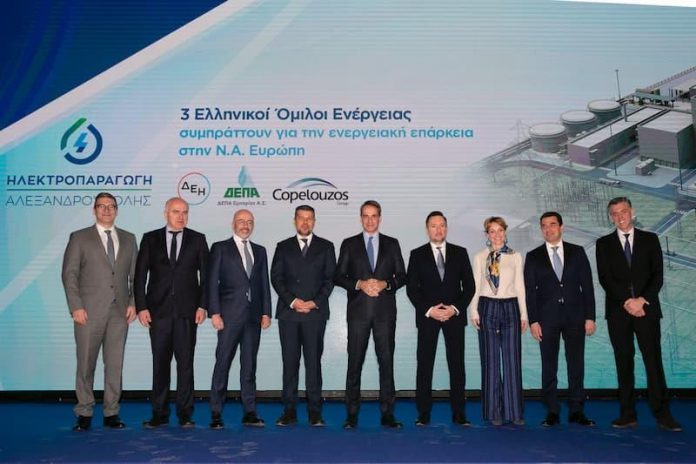 The construction of the new natural gas power plant in Alexandroupolis, a key project for the energy security of Greece and the wider Balkan region, was officially announced today.

The Alexandropolis power plant is being built by the Greek Joint Venture which consists of the three main energy groups in Greece – “PPC”, “DEPA Commercial” and “Damco Energy” from the Kopelousos group.

The power plant will be directly connected to Gastrade’s Floating Storage and Gasification Unit (FSRU), which is currently under construction. Thus, Alexandroupolis turns into an energy junction of electricity and natural gas networks, with the potential to supply the domestic market and neighboring countries in Southeast Europe.