Home Macedonia Nikoloski: Macedonia’s place is in the EU, not the second league, VMRO-DPMNE... 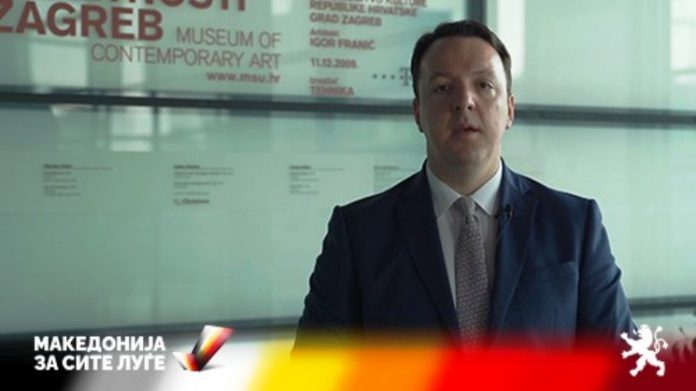 As part of the event organized by the Friends of Europe of the 40 most influential people under the age of 40, these three days in Zagreb we are discussing the most important topics facing Europe and the EU. I managed to open the topic in the discussions which refers to the European integration of Macedonia. While we have clearly identified that there are two significant obstacles, the first is certainly the veto that Bulgaria puts on our EU membership. But the second is the problem with the high level of corruption which unfortunately is practiced by this government of SDSM and DUI. That is why changes and early elections are needed, said VMRO-DPMNE Vice President Aleksandar Nikoloski on Friday.

Nikoloski noted that they also discussed the new proposal made by French President Emmanuel Macron, on the existence of two conditional alliances in Europe, one within the EU and the second in a wider European political community.