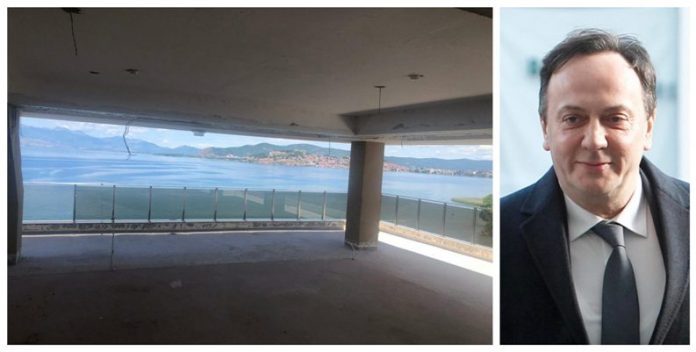 Former UBK head Sasho Mijalkov, who became a political analyst in the meantime, also became the owner of a penthouse in Ohrid of several hundred square meters on a premium location on the shores of Lake Ohrid, as claimed on social media, reports Infomax.mk.

According to “TvTheBox” on Twitter, Sasho Mijalkov, whom he recognizes as a “self-proclaimed aspirant to take over VMRO-DPMNE”, also became the owner of a penthouse.

– The self-proclaimed aspirant for taking over VMRO DPMNE Sasho Escobar Mijalkov, instead of going to prison as befits a man from such a forge, will spend the summer in an ultra-expensive resort on the Ohrid coast, which he adapts to his megalomaniac needs these days. Namely, he became the owner of a penthouse of several hundred m2 on behalf of his company. From the modest clerk’s salary came an ultra-luxury hotel, a castle in Vodno and the latest penthouse in Ohrid. And all this is not exactly European cultural even though his mouth is full of Europe. Who knows, if not Zaev, Vice will surely come to the grand opening, read the tweet. 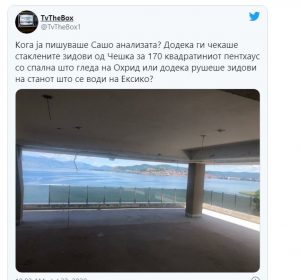